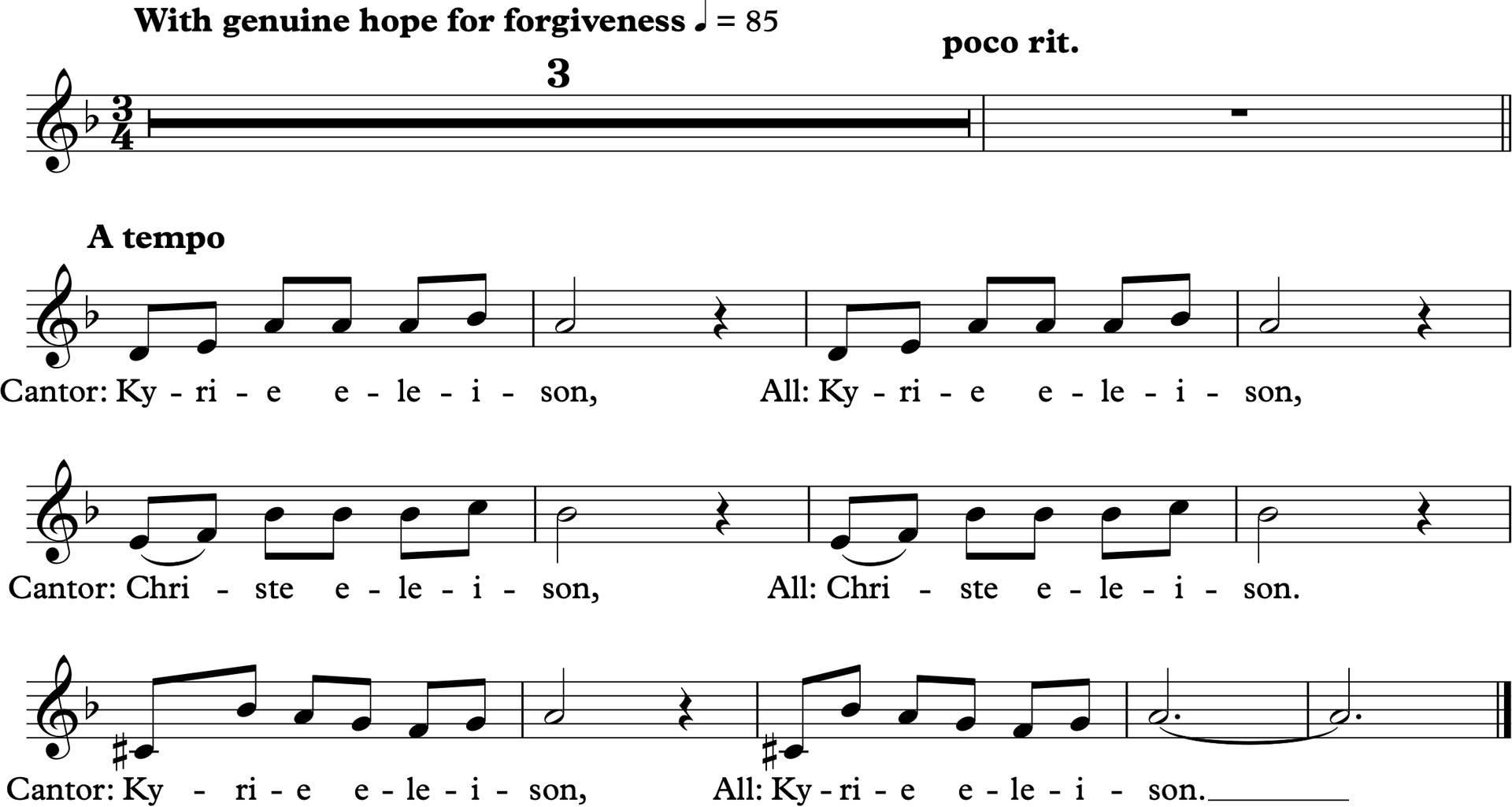 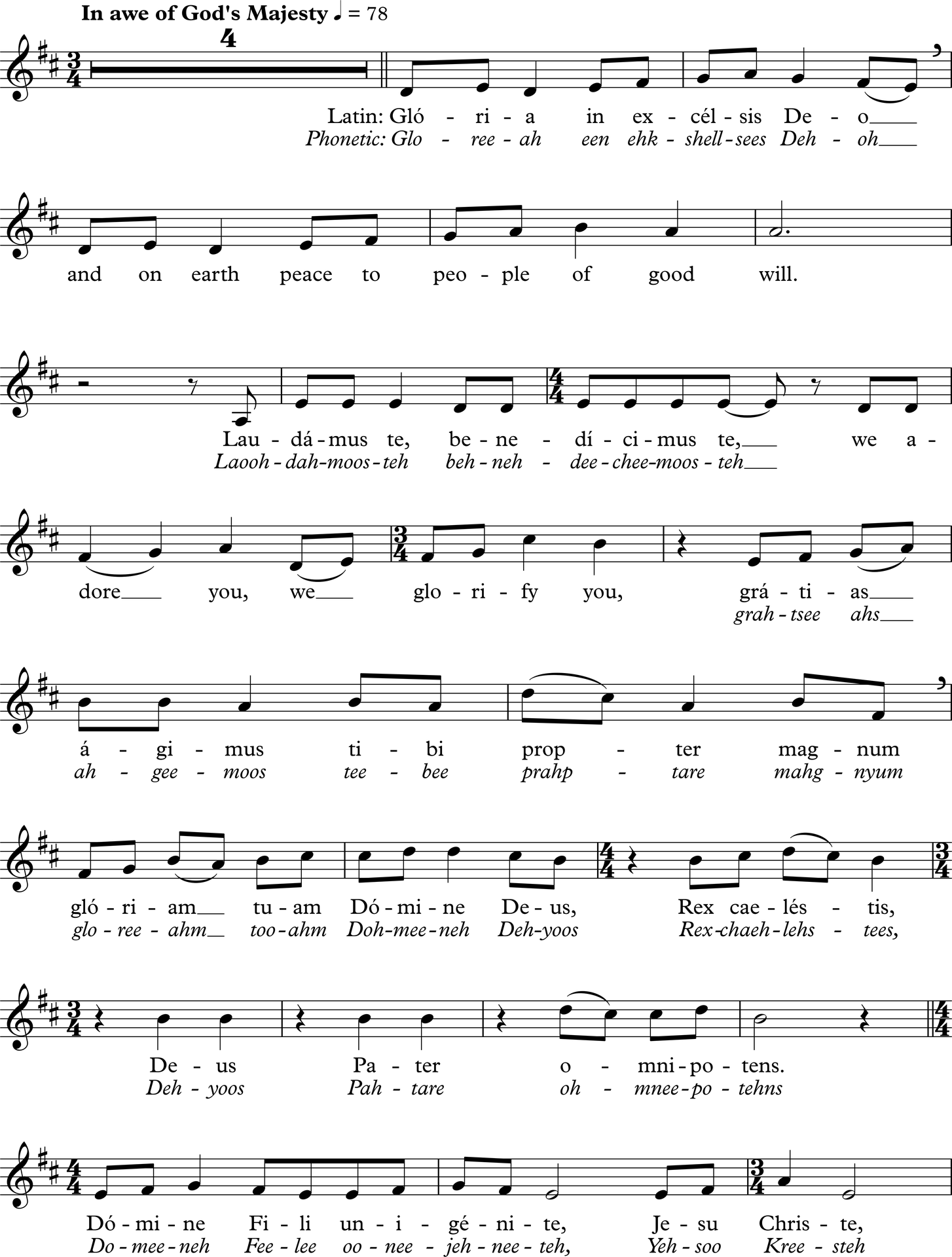 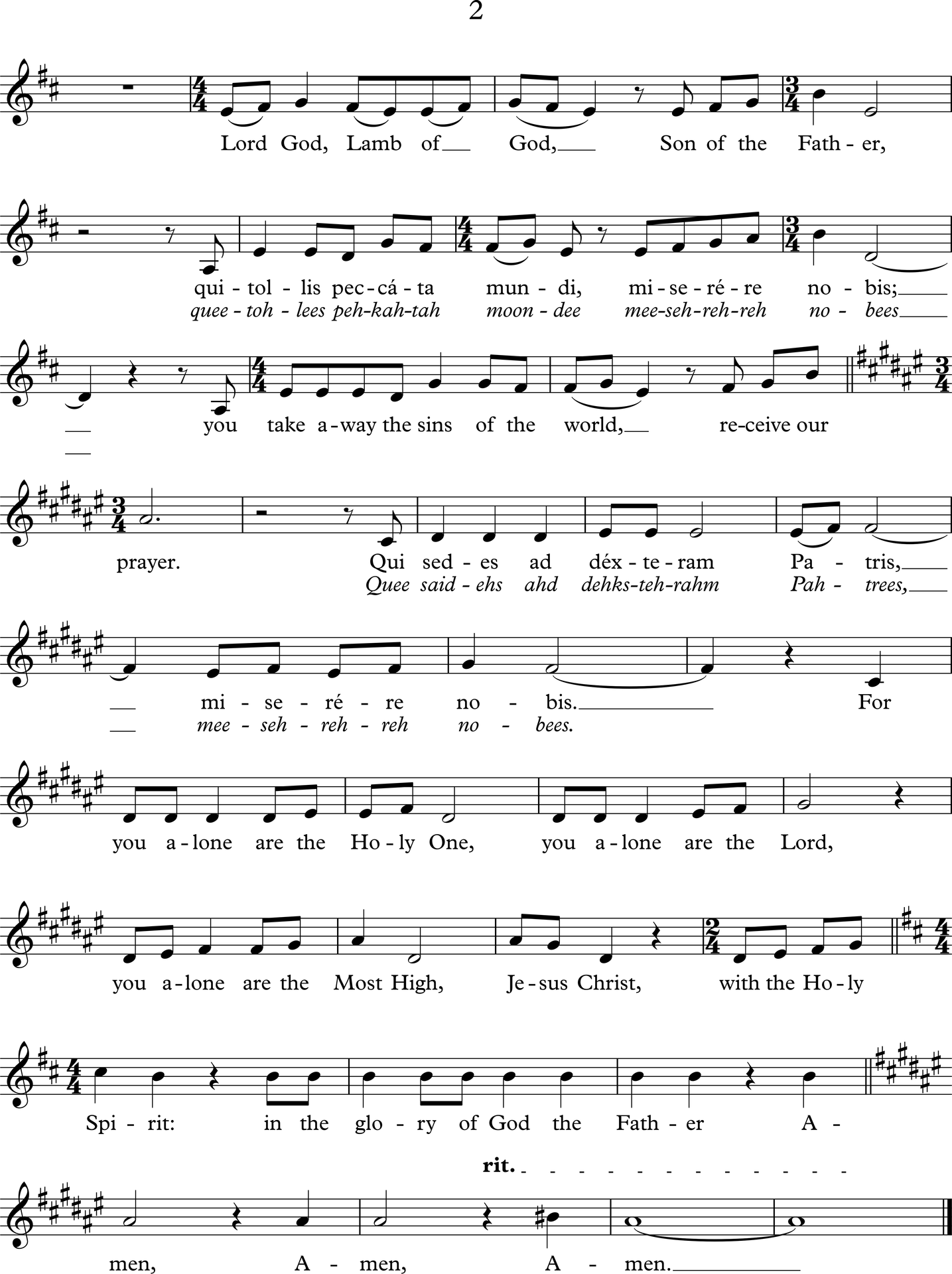 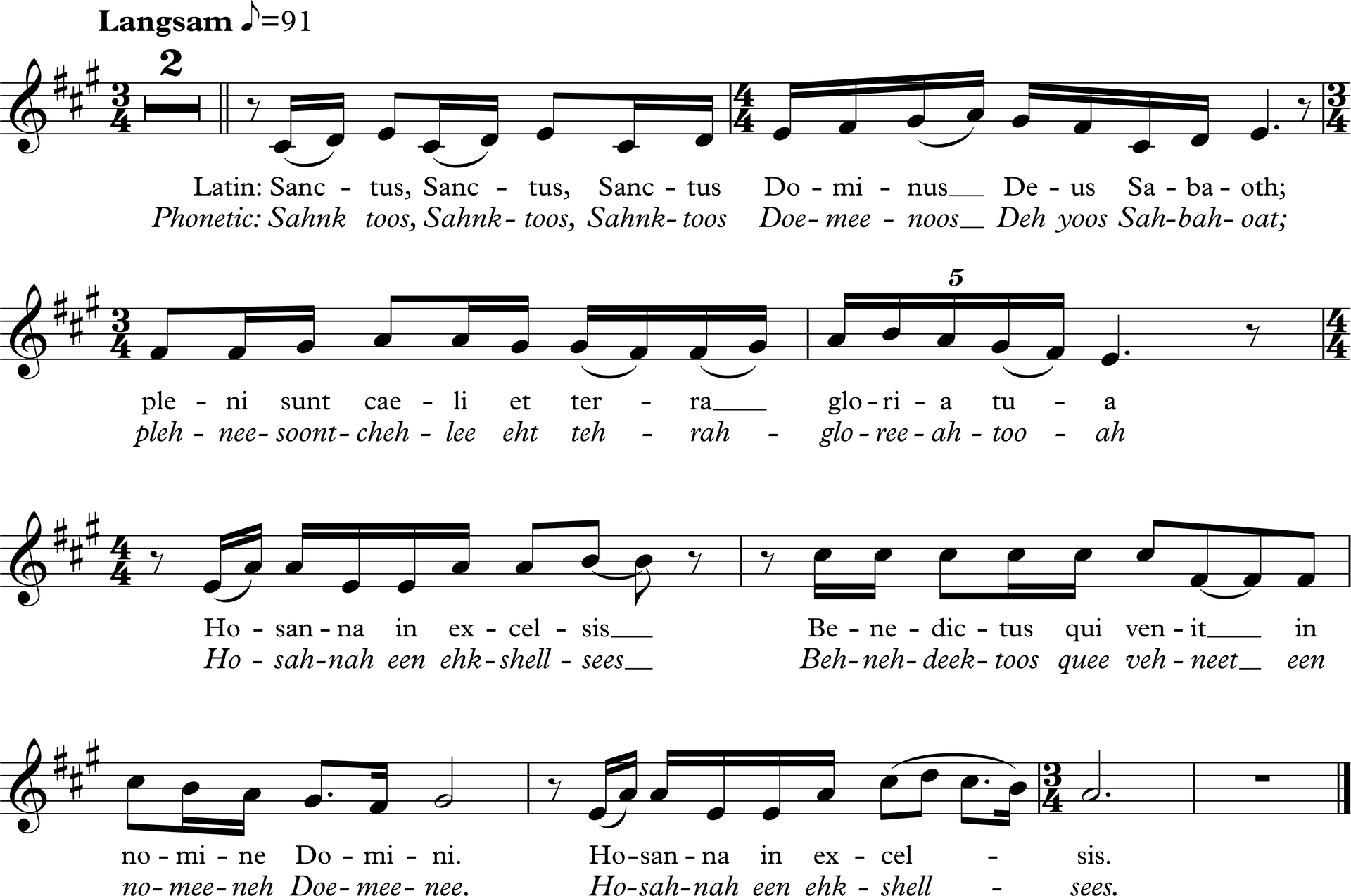 Acclamation of Faith Form A

Acclamation of Faith Form B 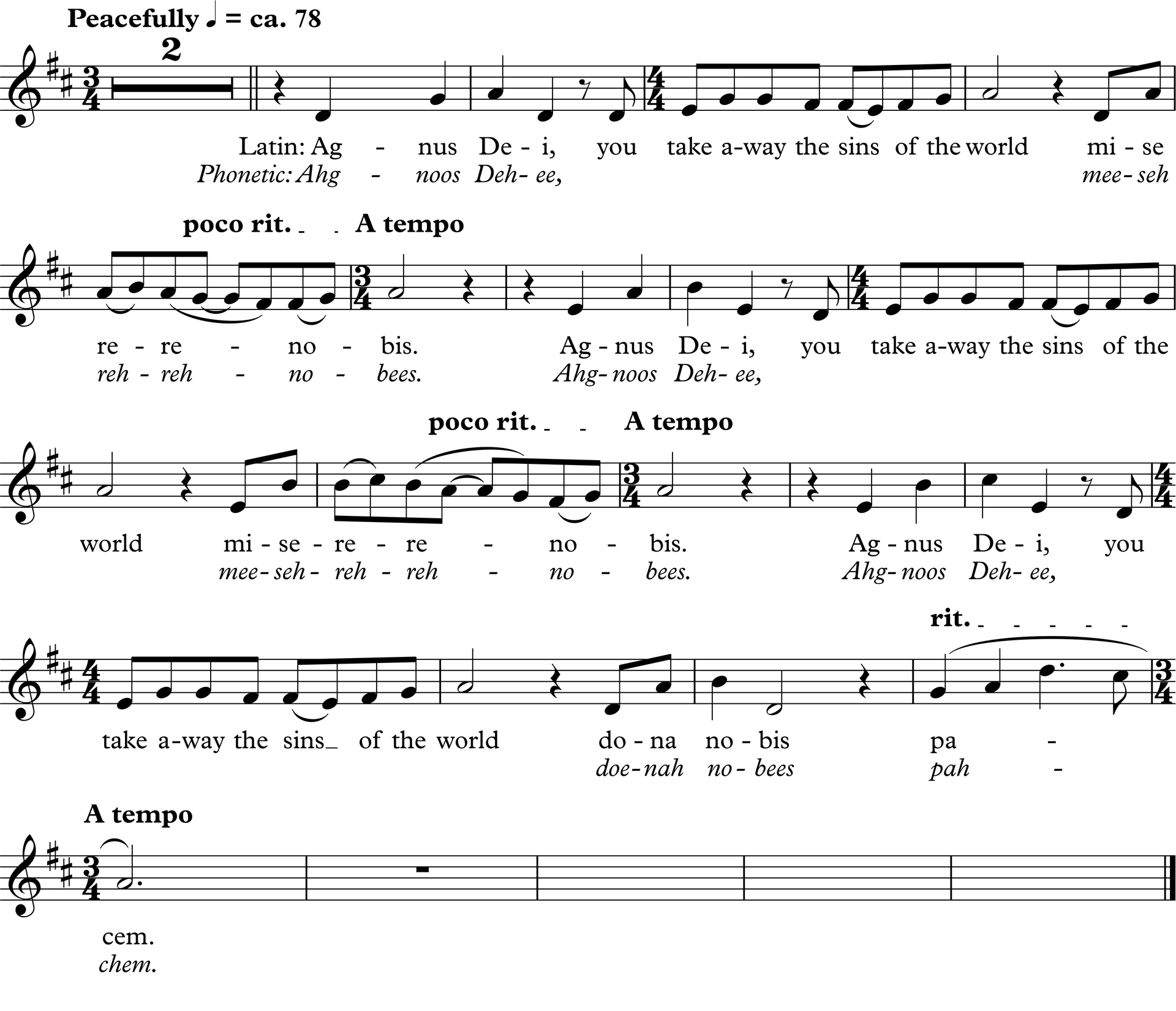 An Introduction to the Mass of Wonder 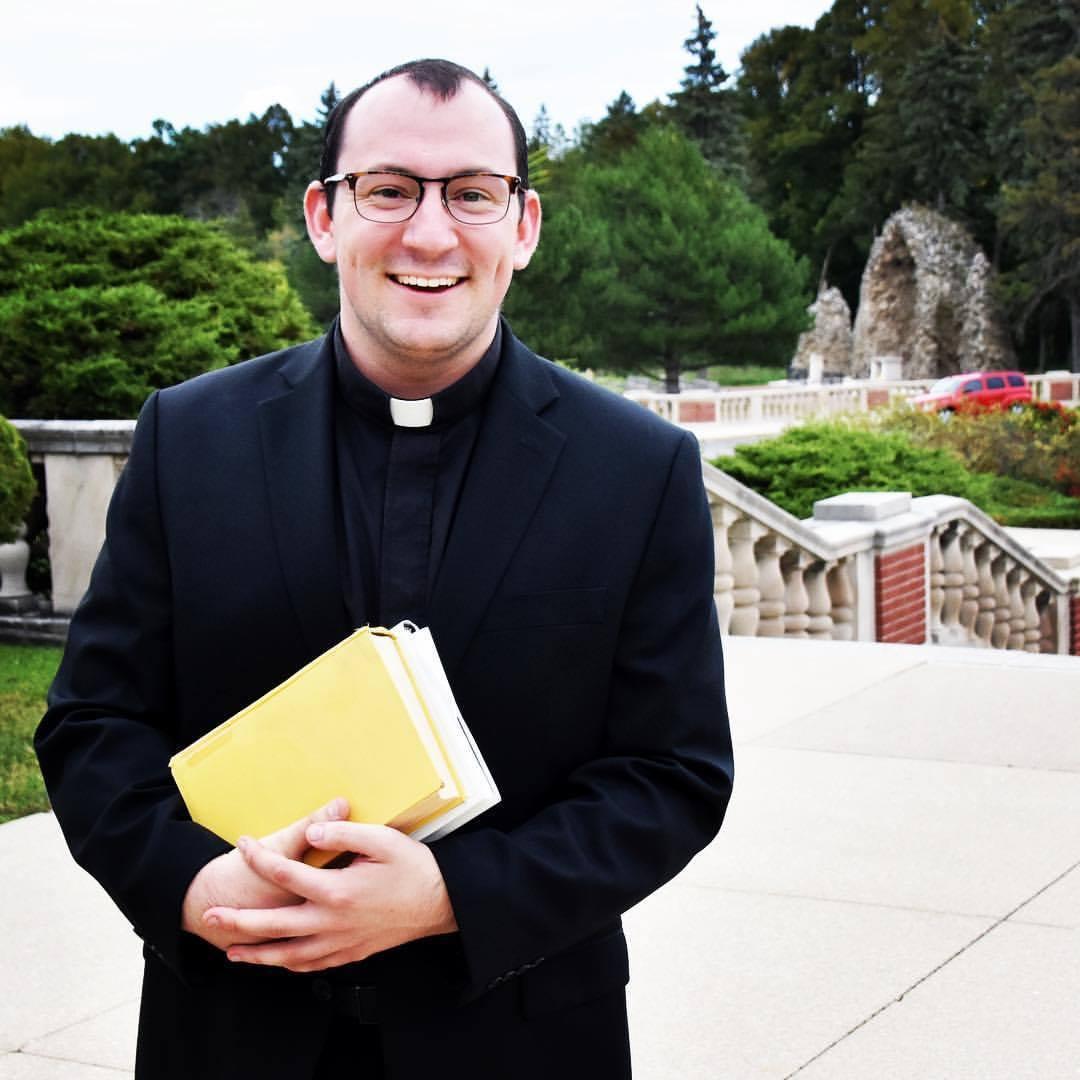 The Mass of Wonder was composed by Michael Keefe to mark the occasion of the ordination of two priests: my own, for the Diocese of Joliet, and that of my friend, Isaac Coulter, for the Diocese of Wichita. The Holy Spirit rushed upon us and, with a brother’s kindness, Jesus anointed us as priests of the New Covenant on May 26, 2018, hundreds of miles apart.

We owe the existence of the Mass of Wonder to the musical genius and personal generosity of Mr. Keefe, this much is plain, but we owe it still more to God himself who I believe inspired not only the work, but who orchestrated the series of events that led to its composition.

After spending a semester learning about parish ministry at Notre Dame Parish in Clarendon Hills, Illinois, where Michael serves as Director of Music, I began Clinical Pastoral Education at a hospital in the northwest suburbs of Chicago. I found myself as the only seminarian living at Mundelein Seminary for the summer, and spent much of my spare time in “retreat mode” - prayer, study, and leisure.

One day, I noticed a small book in the library’s book sale by an author I’d heard about but never actually read, the French Jesuit priest Teilhard de Chardin. A scientist and theologian, the title of Chardin’s book intrigued me: Hymn of the Universe. The first half of this volume is a printing of a meditation by Chardin entitled “Mass of the World.” I took this new find out at sunset to the seminary’s aptly named Belvedere, which features two giant piers jutting out into St. Mary’s Lake, which on warm summer evenings is perfectly still.

In this context of immense peace, I read these words:

"When Christ comes to one of the faithful it is not simply in order to commune with him as an individual; …when, through the mouth of the priest, he says Hoc est corpum meum, these words extend beyond the morsel of bread over which they are said: they give birth to the whole mystical body of Christ. The effect of the priestly act extends beyond the consecrated host to the cosmos itself…the entire realm of matter is slowly but irresistibly affected by this great consecration…From the particular cosmic element into which he has entered, the activity of the Word goes forth to subdue and to draw into himself all the rest.”

This moment was the first time I thought about the Mass in relation to the whole cosmic order, and my mind turned immediately to my friend Isaac, and the theme he had introduced to me: wonder.

At a period in my life when I was suffering from severe anxiety and depression, wonder became a very important topic for me. Indeed, I can say from personal experience that wonder has the power to undo us and remake us; the heart that is most alive is the one that has been reborn in wonder. Learning to see all creation in a new light, a light that reveals God and speaks to the truths of humanity, allowed me see myself and my situation in a new light, a new glory, a new beauty, and I began to live with new gusto.

When I approached Michael about the possibility of writing a Mass setting for my ordination, I knew instantly what it would be called and with the help of Teilhard de Chardin’s marvelous book I knew, as well, the form it would take. Whenever we are gathered as the people of God, who form Christ’s mystical body, around the table of the Lord, we are there together at the center of the cosmos. Everything comes from that place and flows back toward it. This most wonder-full moment of encounter between God, the human person, and all of creation is shrouded in mystery, and we experience its fullness when we let ourselves become lost, and somehow found, in the mystery.

The Mass of Wonder therefore unites the Holy Sacrifice of the Mass and the wonder of the whole cosmic order. Having begun reading Chardin’s book at sunset, the Mass begins at sunset over an open field in the heartland, and reaches its height at the moment of the consecration and the Ecce Angus Dei, with the first streaks of dawn.

We begin with the Kyrie. This moment of penance and mercy takes place at the end of a long day of distraction and work. Evening is the perfect time for the person to open him- or herself to God. Dusk represents an end of day that has not yet fully come, and the beginning of night still objectively unknown. We are moved to thoughts of remorse, penance, and regret but also new gratitude, joy, and peace.

After the absolution follows the Gloria. As the sun dips slowly below the horizon, we are filled with emotion. This ancient prayer is majestic in its simplicity, and gives voice to the soul as it lowers itself and joins the chorus of creation in humble praise of God. He has come, He has created, He has conquered, He has saved, He has won; Glory to Him! Praise and honor to Him forever! Thank you, Almighty Father! Praise, Jesus our King! Glory to you, Spirit of Life!

We read from the Scriptures, and encounter the prophets who foretold the Christ, the psalmist who sang of him, and the writings of his first followers. But “when peaceful stillness encompassed everything, and the night in its swift course was half spent, the all-powerful Word from heaven’s royal throne leapt into the doomed land…and touched heaven, while standing upon the earth.” (Wisdom 18:14-16) The stars rotate above us as the perfect darkness allows us to see the dots of light breaking through. Alleluia!

Night continues. There is darkness. So much darkness, in fact, that we sometimes wish it was never light. Then suddenly, a light shined in the darkness and the darkness did not understand it. This light, says St. John, was the light of life for men and women of every age, in every place. In the Sanctus, rejoicing over the beauty of all creation and that the light of all has finally come near, all the angels and saints, with the hosts and powers of heaven, once again join the chorus of all creation and sing to the one who is both source of wonder and Wonder himself: Holy, Holy, Holy, Lord God of Hosts! Heaven and earth are filled with your glory! Hosanna in the highest!

As the Eucharistic prayer continues, the light becomes brighter. One ray shoots over the horizon; one ray, followed by two, then by 50, then by hundreds of streaks of light in a blend of color that is completely new in that moment, unique to this morning, never to be seen in this way again. The Ecce Angus Dei arrives, when Christ is not only in our midst on the altar but as we prepare ourselves for him to close the gap between ourselves and God. He not only comes to us, but he arrives literally within us, spending himself inside our mortal bodies and making us new, preparing us to go and be his eyes and hands and feet and heart.

We receive him, we are made new. Morning has come, the night is over. For a moment we wonder if it was all just a dream, but then we notice the sweet aftertaste of him which lingers on our lips. And, reborn, we get up and go out and do as he asked. Go in peace.